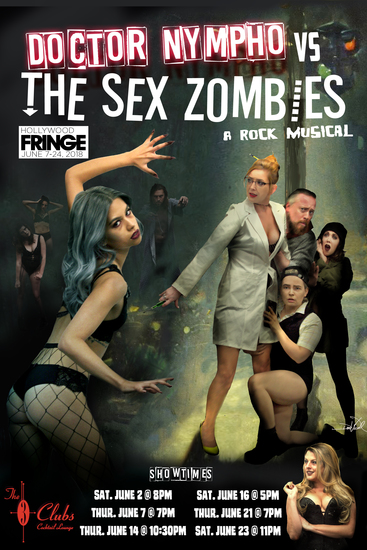 Congratulations to Dr Nympho Vs. The Sex Zombies & Cherry Poppins for winning Broads’ Word Ensemble’s Beyond Bechdel-Wallace award at the 2018 Hollywood Fringe Festival! 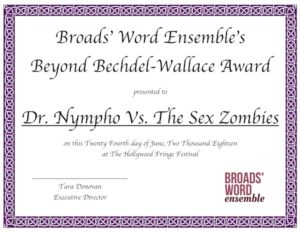 This award honors exceptional shows that at a bare minimum pass the Bechdel-Wallace test: have two female characters, named, who have a conversation about something other than a man. Additional qualification points are added to shows with 1) 50% or more women characters and performers, 2) 50% or more people of color in the cast and/or production team, 3) trans and/or non-straight identifying characters, and 4) other-abled actors in the cast. The Beyond Bechdel-Wallace Award is about celebrating equality and the hard work it takes to make the stage equitable – particularly for people of color, people with other abilities, and LGBTQ people.